Are We Getting Stupid or Just Contaminated? 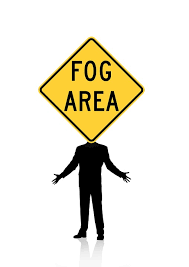 Mental deterioration is an ever increasing problem in our world. We are seeing loved ones—even ourselves—becoming more distant, forgetful and exhibiting signs of mental fog.

We often write it off to aging when often, these symptoms stem from heavy metals, pesticides and water contamination, to mention only a few. Mercury, aluminum, lead and many more metals are weighing down and blocking up our poor brains!

Unfortunately, exercise and saunas aren’t enough to remove all of the toxins. We need to detox from heavy metals more comprehensively.

One of the first steps?

Remove amalgams, those quicksilver fillings that have been used for so many years. These fillings should be removed by a biological dentist, when possible. (These dentists usually suggest selenium supplementaton during the removal of these old toxic fillings which helps bind up the metals and remove them from our bodies.)

Another way to remove metals from our bodies is with Zeolite. This is a complex natural structure that binds on to heavy metals and helps eliminate them through the GI tract.

Yet another method of detoxing is via the use of coriander in the morning to bind the metals, then followed by a good source of chlorella in the afternoon to pull them out of the GI system.

If these measures are not available, there is also an ion exchange foot bath which has shown quite impressive removal of heavy metals. (This technique has also helped with autism in children where heavy metals appears to play a role.)

With any of these heavy metal removal methods, its critical to replace trace minerals. I recommend Shilajit, an extract from the Himalayas that give us all our trace minerals back.

Another critical component to consider when it comes to healthy, clean brains: water contamination. Water should be either well filtered or purchased in glass bottles from a reputable source. (Our water from taps may contain as many as 3,000 trace chemicals that are unhealthy and synergistic in their toxicity to our brains.)

When it comes to the pesticide contamination, eating only organic foods makes all the difference in the world to our brains. There are multiple neurotoxic pesticides that are contaminating our non-organic foods. Imported fruits, vegetables and grains can be even worse in many ways, because of lack of control in some countries.

The next hurdle we face when it comes to our poisoned brains? Many of the modern medications we casually ingest can affect our gray matter. One commonly used cholesterol lowering drug causes brain fog and alters our ability to think.

Luckily there are other solutions for cholesterol problems. There’s proven data showing taurine can lower cholesterol. Taurine is also found in fish (but caution: there are heavy metals in large fish like tuna and swordfish).

Additionally, organic grapefruit, oranges and even tomatoes and broccoli, help to reduce cholesterol levels in the blood. Another interesting compound that lowers cholesterol: honokiol, a magnolia extract that helps to lower the cholesterol in the blood.

Vitamin deficiencies can also cause Alzheimer’s-like syndromes. This is where Vitamin B complex is critical, as well as Vitamin D3 which has been shown to reverse Alzheimer’s syndrome.

Ready for ONE MORE brain-healthy supplement?

So are we just getting stupid? The answer is yes…but the solution is available.

So get back the those brilliant, clean brains. THEN THINK SMART!!