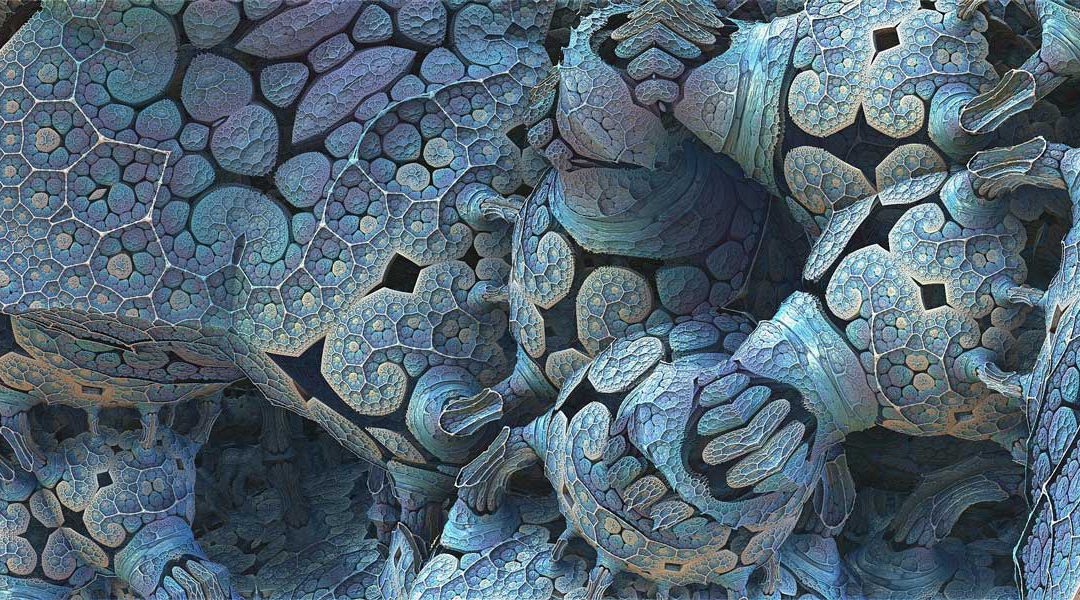 A 51 year old male patient diagnosed with medullary thyroid carcinoma in 2001 with progression to lung metastases following adriamycin therapy was then successfully treated with dimethyltriazenoimidazole carboximide (DTIC) and remained for 7 years in partial remission following numerous chemotherapy attempts to induce partial remission. In October 2008 the now 58 year old patient relapsed with many tumors throughout his central body. On December 1, 2008 the tumor marker for MTC, calcitonin, was at 38,611/pg/ml above the norm of <20/pg/ml. Since all other chemotherapy attempts had failed, he was ineligible for any new studies; the patient was immediately started on 10 mg/Kg of Dichloroacetate (DCA). By April 2009 the calcitonin level was reduced to 2,000/pg/ml. In May 2009 a new PET showed a dramatic reduction in all tumor locations. He remains in remission continuing with the same dosage of DCA with his tumor marker remaining stable in lab data from Nov, 2009.

Medullary thyroid carcinoma (MTC) is a rare calcitonin-producing neuroendocrine tumor arising from the neural-crest derived parafollicular C cells (calcitonin producing cells) of the thyroid gland (Santarpia L, 2009), a component of multiple endocrine neoplasia type 2 or MEN2 syndromes (Cuccuru, G) accounting for approximately 4 % of all thyroid cancers. Although 25-30% of MTC cases are inherited disorders, the remaining cases are the sporadic form of the disease (Cakir M, 2009). The 3-year patient survival rate with differentiated thyroid cancer with radioactive iodine resistant cancer is less than 50% with little response obtained from standard cytotoxic chemotherapies (Higgins MJ, 2009). In endocrine malignancies, such as thyroid carcinoma, the treatment of choice is surgery; however, this approach is only successful in early stage diseases. MTC is an incurable disease once metastases become unresectable (Sugawara M, 2009). Advanced endocrine malignancies’ treatment options remain unsatisfactory with poor prognoses. Cytotoxic chemotherapy and radiation therapy, associated with significant toxicity, often show only limited and transient efficacy (Fassnacht M, 2009). Tyrosine kinase inhibitors particularly effecting the RET (rearranged during transfection) proto-oncogene gain of function* activity such as with vandetanib, sorafenib, and sunitinib, appear to be promising, however, the low rate of partial responses and absence of complete responses in all of the various trials of monotherapy emphasizes the need for new and more effective single or combination of agents with acceptable toxicity (Cakir M, 2009).

7 years after surgical intervention and successful chemotherapy with Dimethyltriazenoimidazole carboximide (DTIC) and 5 Fluorouracil in a male medullary thyroid cancer patient with lung metastases, new tumors developed. Initially diagnosed in 2001 a 51 year old patient with MTC and lymph node involvement had a sporadic form of the disease while his twin brother, who was also negative for any genetic factor, was disease free. Treated again in 2004 with a regimen of Carboplatin and Daunoxome, and again later that year with a depot of Sandostatin (Carbo-Iressa-Somastatin) and Etopoxide plus Carboplatin to reduce his calcitonin levels from 13,280 pg/ml but they increased to 20,074 pg/ml. In 2005 the regimen was changed to Carboplatin, Iressa, Sandostatin and Zometa. In fall 2005 he was given Samarian-153 for bone metastases pain. In 2006 further chemotherapy of Mitomycin C and Cisplatin was administered while he continued on Tarceva and Sandostatin. The calcitonin levels remained elevated.   In October 2008 the patient began to complain of diarrhea and his tumor markers showed an increase in calcitonin of 25,843 pg/ml /<20 pg/ml norm. The PET (Positron Emissions Tomography, Siemens ECAT EXACT 47) scan ordered that same October showed multiple new metastases in the thoracic area and mediastinum. The central chest cavity included more than 5 mediastinum multiple tumors and one large tumor anterior to the pericardium in the right mediastinal area Standardized Uptake Value (SUV >5), additionally, very small tumors in the vertebrae including thoracic T4 and lumbar 3, L4, L5 were noted. Other tumors were seen with a (SUV) of 5 in the os ileum and dorsal para-iliosacral region. Small tumors with a SUV of 3 were noted in the Os acetabulum and the ascending Ischium. Additionally, small tumors of SUV 2 were seen in the retroclavicular areas and more very small tumors behind the sternocleidomastoid. By December 2008, his tumor marker calcitonin had increased to 38,611pg/ml.

Ineligible for any of the new Tyrosine kinase inhibitor studies being offered and given the poor prognosis for a patient for whom all known chemotherapies had failed, on December 1, 2008 the patient was placed on Dichloroacetate (DCA) 10 mg/kg in an attempt to inhibit the tumors’ growths and possibly reverse them. Thiamin capsules at 750 mg were added to reduce any nerve toxicity reported from DCA (Spruijt L, 2001).

In February 2009 the first results noted were a decrease in his calcitonin tumor marker to 8,655 pg/ml<20 pg/ml norm.

In April 2009 the next results were a further reduction of calcitonin to 2,000 pg/ml.

In May 2009, after 5 months of DCA application, the PET scan showed a drastic reduction in tumor numbers and sizes. The lumbar metastases and tumors in the pelvic area were dramatically reduced compared to October 2008, as were the thoracic area tumors, with only a small shadow in the T4 region hinting of where a metastasis had been seen in the first PET in 2008. The lymph node metastases were very small compared to the earlier exam and the central necrosis had increased in the mediastinal tumor.

Figure 2 PET of Medullary Thyroid Cancer after DCA, May 2009

Medullary thyroid cancer (MTC) is an uncommon and challenging malignancy. (American Thyroid Association Guidelines Task Force, 2009). Poor prognostic factors include age, >50, male and distant spread (metastasis). The ten year survival is only 20% with distant metastases. The blood calcitonin levels are measured to determine the growth of MTC in patients with a positive test defined as a basal serum calcitonin more than or equal to 50 pg/ml (Cheung, K 2008). In this case, the patient had a poor prognosis being >50 years old, male, with distant metastases. During 2001 when he was diagnosed and first treated with DTIC after adriamycin had resulted in a spread of the cancer with lung metastases. His calcitonin levels over the years following remission from his lung metastases, fluctuated between 7,000 to 13,000 pg/ml (Norm <20 pg/ml). From 2004 until 2007 the calcitonin levels slowly climbed to over 20,000 pg/ml, despite numerous attempts with various chemotherapies which also demonstrated a minimal effect on the inhibition of the cancer progression. By October 2008 the tumor had spread throughout the bone and mediastinal areas with his calcitonin tumor marker reaching over 38,000 pg/ml. PET scans correlated with the excess calcitonin levels indicating a very dire prognosis. In our case of MTC, the use of DCA combined with 750 mg of thiamin to counteract any nerve toxicity resulted in dramatic reversal of the tumors and tumor markers levels over a 5 month period. While his gastrointestinal system returned to normal within the first few weeks of the DCA therapy, it took a few months to reduce the calcitonin levels and general feeling of fatigue and more energy.

The grave number of tumors, climbing calcitonin levels, increasing causation symptom to the therapies, lack of chemotherapy responses, ineligibility for experimental tyrosine kinase inhibitors studies, determined the appropriateness of trying dichloroacetate (DCA), which has been successfully used in children with congenital lactic acidosis since 1988 (Stacpoole PW L. A., 1988), a chemical being tested oncololgically in Canada.

Additionally it should be noted that many tumor cells have an increase in lactic acid from a preferential use of glycolysis instead of glucose oxidation, to generate adenosine triphosphate (ATP) even in the presence of oxygen. This phenomenon is known as aerobic glycolysis or the “Warburg Effect” (Warburg O, 1926), which results in pyruvate being directed to lactic acid instead of into the mitochondria for ATP generation in the tricarboxylic acid (TCA) cycle. DCA allows the reactivation of pyruvate dehydrogenase (PDH), a gate keeping enzyme for the entry of pyruvate into the mitochondrial TCA, by blocking pyruvate dehydrogenase kinase (PDK) (Stacpoole PW, 1998). This blockage in glycolysis shifts the tumor cells back to glucose oxidation, the normal aerobic metabolism seen in healthy cells which leads to apoptosis (Bonnet S, 2007).

This patient’s successful results are only a preliminary study, more research needs to be conducted to confirm our findings in other MTC patients who have exhausted chemotherapeutic approaches. The results seen here would also seem to indicate a potential application for DCA in this form of cancer when other therapies have failed, at least until newer therapies are developed for patients with only a 20% chance of survival over a 10 year period.

In conclusion, the presented case of a medullary thyroid carcinoma (MTC) with multiple metastases and a very poor prognosis after seven years of chemotherapy being reversed with Dichloroacetate (DCA) is an interesting result incorporating a mechanism which has an excellent potential to open new doors for future development of cancer therapies.

The patient is being maintained on DCA for an indefinite period given its positive results of remission. As of November 2009 he is remaining in remission according to his tumor marker levels. Any changes in the tumor marker will indicate a resistance to this therapy.  Other MTC patients may be considered for this therapeutic approach in the future should it be deemed necessary. The most important point is that DCA did reverse the tumors, tumor markers, and DCA’s mechanism of reversing glycolysis appears to be an important target for investigation as a future therapeutic catalysis.

Tumeric is also known for its supportive effects on the thyroid.

Cheung, Kevin. (2008). Calcitonin Measurement in the Evaluation of Thyroid Nodules in the United States: A Cost-Effectiveness and Decision Analysis. Clinical Endocrinology & Metabolism, Vol. 93, No. 6 2173-2180.