Learning to Love your Sulforaphanes 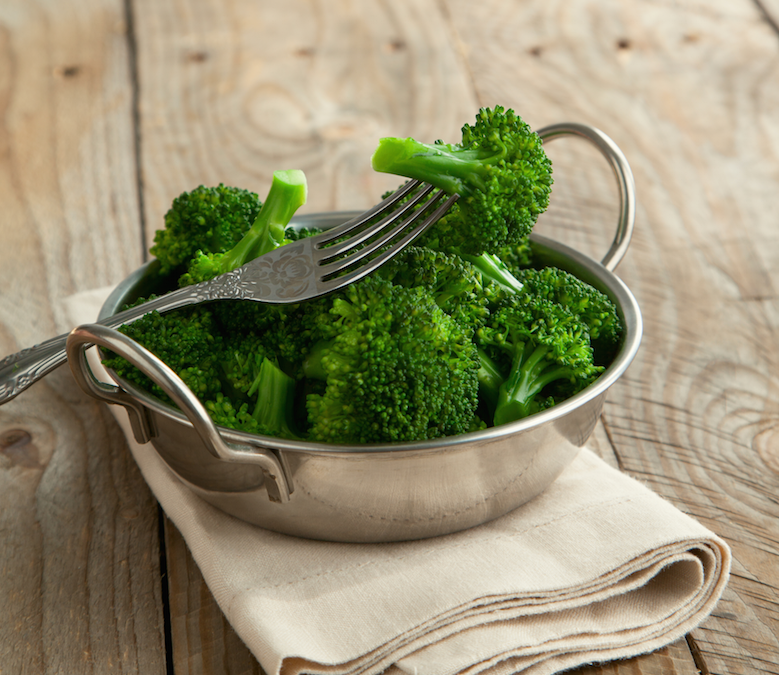 If you were anything like me, you probably hated broccoli as a child…especially if your mom cooked it like mine did: frozen, thrown into boiling water and cooked for an hour. It slid out on the plate like a dead animal. I hated it. Even the dog hated it! (I did, however, manage to throw it behind the radiator once.)

So why do I like broccoli now? Years ago, I went to a fine restaurant and had stir-fried organic broccoli. Wow! It tasted great.

As I continued my research on cancer and other diseases, I realized that the sulforaphane (a compound in cruciferous vegetables) is not only good for us but prevents cancer, fights viral infections reverses cancer growth, causing the cancer cells to die out.

In the ancient times, they bathed in sulfur baths (okay, they probably smelled badly but they provided medicinal benefits). Luckily, veggies with sulfur don’t smell bad and taste great, especially when cooked properly.

Cysteine is a sulfur-containing amino acid—critical to the healthy function of our body. Cysteine is needed to reduce oxygen radicals and help carry out toxins and carcinogens from our bodies. So we really need it. Every cell needs sulfur.

Now for the bad part: guess what reduces sulfur in our bodies? Glyphosates from pesticides.

This means its critical that we eat organic veggies—not those treated with pesticide—in order to get the sulfur our body so desperately needs.

What foods have sulfur in them?

So before you think about your figgy pudding (or whatever you have for dessert this holiday), remember to eat the best sulfur-containing vegetables possible to prevent cancer and keep you healthy.

Let’s get healthy friends! Start steaming, stir-frying and enjoying veggies that are not only tasty but can keep us alive.