A 48 year old male Non Hodgkin’s Lymphoma patient had been treated with Rituxan plus CHOP regime which resulted in a remission of his NHL according to his PET scan. His tumors returned after one year in his nasopharynx and neck lymph glands. The patient refused all chemotherapy regimes suggested to him. He obtained dichloroacetate (DCA) and began taking it on his own. Four months later, his new PET showed a complete remission. He has continued on DCA since his last PET in December 2008 and has remained tumor free.

Non Hodgkin’s lymphoma is a disease of the lymph system that responds well to therapies including chemotherapy and radiation [1]. Newer therapies, that are more aggressive, include chemotherapy with whole body radiation, followed by stem cell transplants. [17] They have resulted in complete remissions in some patients. [18] Other patients, however, aware of the compromise on the quality of life with more aggressive therapies [17] seek new avenues of treatment themselves. Many of these therapies are non-conventional and still in experimental stages. One such approach was a patient who obtained and self-administered dicholoroacetate (DCA).

DCA is a by product of water chlorination and has been used in medicine for over 30 years [1] as an investigational drug to treat severe metabolic disorders. [3] Presently it is used in the treatment of congenital lactic acidosis in children [2]. Cancer is a form of intracellular lactic acidosis caused by a block in the oxidation of glucose at the level of the enzyme pyruvate dehydrogenase (PD). [2] PD is inhibited in cancer cells by phosphorylation from the enzyme pyruvate dehydrogenase kinase (PDK). This inhibition of PD results in a shift from glucose oxidation to glycolysis which favor tumor growth. [1] DCA has been shown to block this phosphorylation at the mitochondrial membrane level and decrease glycolysis in favor of glucose oxidation. This return to a normal metabolism of glucose allows for major changes in cancer cells leading to apoptosis [3].

The Non Hodgkin’s lymphoma patient reported that he took 10 mg/kg of DCA in water on a daily basis with 750 mg of Thiamin to protect his nerves from toxicity [6].

In August, 2008, a NHL patient who had been in remission for almost a year after chemotherapy, complained of soreness and tenderness in his neck area where protrusions were visible upon examination. A new PET was taken to investigate the extent of the lymph involvement. The results of the PET were: several new hyper metabolic foci within the head and neck compatible with recurrent lymphoma, new hyper metabolism in the right post lateral aspect of the nasopharynx, measuring 3.2x 2.2cm; new hypermetabolic adenopathy within the right neck involving the right jugulo digastric region, right jugular chain, and right posterior triangle extending to the base of the neck; largest node measuring approximately 1.9×1.9cm; several smaller hypermetabolic lymph nodes in the area; a single focal area of hyper metabolism within the left posterior triangle, corresponding to a small lymph node which measured 1.0×0.5 cm. 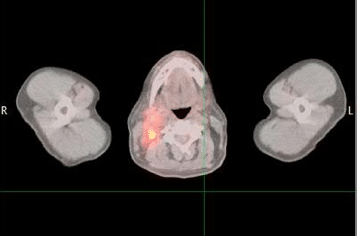 Four months later, after the patient’s self medication with DCA, a new PET was ordered as no visible signs of lymphoma were noticeable. The results of the new PET were: the previously seen foci of abnormal activity within the nasopharynx and neck had resolved; no abnormal foci of metabolic activity were seen in the exam; no evidence of recurrent disease. 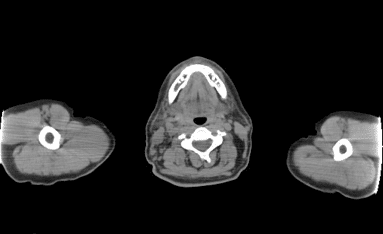 The medical community is seeing more and more patients seeking other forms of therapy on their own. Some of these are deleterious and endangering the lives of our patients and others may be prolonging their lives but still need to be under supervision, including in case-controlled studies. One of these cases resulted in a successful outcome which might be explained by the extensive research already done on the pharmacology and toxicology of the treatment the patient chose. That compound, dicholoroacetate, is not new in medicine, but its application in cancer patients is still under investigation.

The bioavailability [6] and pharmacokinetics [7] of DCA have been well researched over the years in adults [10], children [8, 9] and animals [11]. As a medicinal, DCA is generally well tolerated. [17] Its activation of the enzyme pyruvate dehydrogenase (PD) of the mitochondria decreases glycolysis and reactivates glucose oxidation, a favorable approach to ameliorate lactic acidosis. [20]

Cancer cells utilize a system of glycolysis for energy instead of glucose oxidation used by healthy cells. The glycolysis metabolism of glucose increases their lactic acid intracellularly and reduces the intracellular pH. [2] This aerobic glycolysis “Warburg effect” inactivates mitochondrial respiration, leading to a survival mode of cancer cell growth. [12] Basically, DCA reverses this glycolysis with several major changes then occurring in the tumor cells.        First and foremost DCA inhibits pyruvate dehydrogenase kinase (PDK) which inhibits PD through its phosphorylation. When this kinase is inhibited by DCA a myriad of changes then occur in the cell. The mitochondria is no longer hyperpolarized, instead the membrane and the mitochondria is depolarized, reactivating the mitochondrial K+ channels which then decrease cytosolic K+. When PD is inhibitred in cancer cells by PDK there is an excess cytosolic K+ which inactivates the caspases 3 and 9, important in apoptosis [2]. DCA thus reactivates these caspases along with an increase in H2O2 intracellularly and allows the release of Cytochrome c from the mitochondria. Cytochrome c release is a major activating step for apoptosis in the cell as it triggers the caspase cascade in apoptosis [2].The results of DCA are seen both in vitro and in vivo in cancers.

Another major chance in cancer cells by DCA is the decrease in intracellular Ca++. [1] In cancer the increase of Ca++ is associated with the increase and proliferation of transcription factors. Calcium also activates ornithine decarboxylase, the rate limiting enzyme in DNA synthesis and the anti apoptosis factor NFAT (nuclear factor of activated T lymphocytes). [2] Therefore, when the calcium decreases with DCA, the cell is further directed toward apoptosis and a decrease in cell replication. DCA causes a major shift at multiple areas of the mitochondria, the cytoplasm, and the cellular membrane [2]. The end effect of DCA is a cell cycle arrest in G1, and an increase in apoptosis [14].

The effects of DCA are predominantly limited to cancer cells, most normal cells are not effected. [1] This interesting compound is, however, not without complications. There is a minimal reversible nerve damage that can be considerably reduced by a daily thiamin intake of several hundred milligrams for humans [15] and animals [16].

To conclude, a Non Hodgkin’s lymphoma patient taking DCA at 10 mg/kg on his own accord had a complete regression of his cancer in four months. His nerve toxicity was limited with thiamin intake to a slight tingling and numbness in the fingers and toes. Although he was told that he should not medicate himself, he has continued on this regimen. He stated that when he discontinued DCA the tenderness in his neck began to reappear.

More research needs to be conducted in controlled settings for validation and confirmation of the potential efficacy of DCA in cancer therapies.