The Emotions of cancer 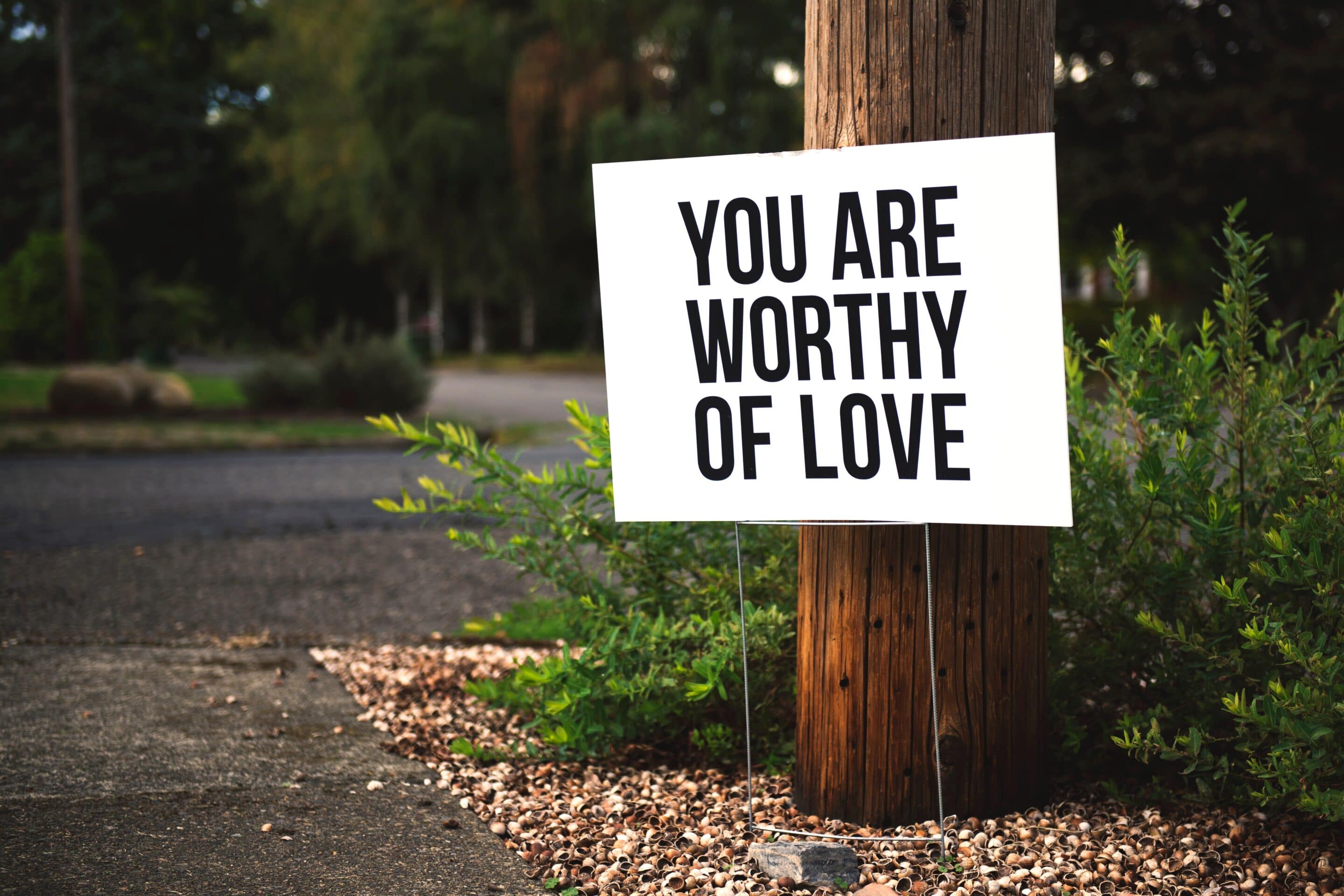 Paracelsus said, “The Greatest Medicine is Love.” I used to think this was between people, families and friends, but I am beginning to realize that if one does not love themselves, then they cannot help themselves to get well.

I have been fortunate over the past 40 years to see many patients, even stage IV cancers, given up by conventional medicine, reverse their cancers and get well. However, I have also seen some patients who should have gone into remission, as others had, with the exact same type of cancer and therapy, yet failed.

I asked myself “Why?”  Why did some patients fail? As the years passed, I began to see a pattern in those who were not responding to therapies that had already proven effective. What did these failures have in common? To my surprise, the answer resides in their past. It was not merely stress that helped cause their cancer or help it to grow…no, it was the traumas and abuse these few patients had suffered in their lives, many of whom were still suffering years later.

We often do not take these past traumas seriously enough and yet they stand out like a sore thumb in the failed results in our therapies.

It seems that if a child (or even a young adult) is treated abusively throughout their early lives, this stays with them for their entire life, dragging them down in health. In the future, they often develop cancer with resistance to healing. These abuses are varied and can be anywhere from being ignored, left as orphans or given away as babies by their mothers, who did not want them. Some children were laughed at and never listened to, others had more serious abuse such as beatings or sexual abuse.

The helplessness of these children carries over into their adult lives, scarring them forever if they do not receive proper therapy. Even traditional therapy can often fail if the wounds and scars are too deep.

My late colleague, Dr. Albert Scheller, a brilliant physician, chemist and biochemist, said to me, “If you don’t love your patients, you cannot help them.” I knew what he meant and yet it was unusual for the director of a cancer clinic to verbalize these thoughts. They were so true and evident in the care he took of his patients.

We met after I had fought so hard for Claudia, a 39-year-old breast cancer patient, given three months to live and given up on by conventional medicine. She had tumors all over her brain. The radiation, the chemo, the Herceptin pathway inhibitors yielded no results. Scheller was surprised at the success of her complete remission in three months and also other patients who were given up on by conventional medicine and how they were now in total remission.

Was it the therapy I had researched that helped them heal, or was it also, the love and the encouragement to love themselves? When I think back on it, I know I loved each one of them and I fought for their lives and won. I remember each and every patient I had, but the ones I lost are burned into my memory like a nightmare and I keep asking myself, why did I  not see the signs of their past influencing their cancers?

Complementary Oncology is not a career; it is a commitment if it is a vocation in one’s life and that is how I see this journey. This is why I research daily and have for 40 years – to find answers to help my patients.

But no one told me that past traumas could kill a patient’s chances to get well. Earlier research from Germany from Dr.Hamer who developed testicular cancer a year after his son was killed in an automobile accident, decided to look at MRI’s magnetic resonance pictures of the brains of his cancer patients. What he found was what he called concentric circles corresponding to traumas and to cancer. No one believed him unfortunately, as most thought cancer was only a tumor.

I never realized the effects of trauma, even though I too had been unknowingly a victim of it. When I was 20 years old, my best friend was killed in an automobile accident. Two months later, I developed a breast tumor. What 20-year-old gets a breast tumor? I realized decades later, indeed, it was trauma. Sometimes it is acute, sometimes it is chronic trauma and collective stress. Both can influence the body and the mind to lead to cancer.

Each patient stands out in my mind and saddens me when I think of their traumas and loss. One of the first patients many years ago was named Frannie. She was a character and everyone loved her, except her divorced abusive husband and her abusive mother. (Basically, she married the same type of person as her mother had been, most likely hoping to repair an irreversible lack of love.)

Alas, as is often the case, the treatments did not work. She and I laughed so hard with her wonderful sense of humor. She was so special. It was like having a twin sister. She then went off to China for what she thought would be productive therapy. And, I must admit it was not bad, but nowhere near what she needed. Had I only known then what I know now….

I still think of her and miss her. We are taught in medicine to keep our distance from our patients and not to be emotionally involved. But how can one do that when each patient is like one’s own child whose life you fighting for? It is not easy for me, although other colleagues can remove themselves and just ignore anything personally.

I remember Fiona, a woman that reminded me of a fairy. She was radiant, gentle and so kind.  Her boyfriend was fun and nice to her and loved her so much, but Fiona did not love herself. As I got to know her and visited her home, I was able to meet her boyfriend  and her darling dog Golum (a small Dachshund) who was entirely possessive of his mistress. She told me about her past. It was so painful to even imagine and I was horrified. Her mother literally dropped her off at an orphanage when she was a small child and never contacted her.

Several years later, the mother arrived again out of the blue, to drop off presents for her daughter with her new husband. The mother then disappeared as quickly as she came. No letters, no more visits, nothing, as if the child were invisible. Fiona felt invisible.

It is incomprehensible to even imagine such cruelty to a child. Even though many conventional therapies were applied to help Fiona, including local ablation and more. I even went to the German clinic where she had the ablation and helped her out along with her boyfriend. The tumors were gone, but they returned.

It was back and forth for ages… remission relapse, remission… relapse. I now understand why they came back. She was fighting against her own life. She did not want to live because she never had the love to be able to love herself.

Another patient, Bill, a prostate cancer patient who had lung and bone metastases came to me. His conventional medicine was only a temporary help, but it then failed. Using all we knew, we were able to get rid of all the metastases after about 5 months. He was in the healing arts too, a chiropractic specialist.

Unfortunately, when he was in remission he decided to stop any supportive therapy and his tumors began to come back. I ended up having some long discussions about his past. He said he was sexually abused as a little boy, by his brother and his mother. He felt abandoned, unprotected and helpless. He did not want to live.

I was devastated. I worked on the cancer, the immune system the diet and nutrition and more but his emotional damage was too deep and so traumatizing. What he needed I could not give him as it would take a psychology specialist to help such a patient learn to love himself.

I could go on with story after story of children abused. Some were locked up in rooms for hours sometimes days, fathers abusing their daughters when the mothers were in a mental home for a year, and so much more. It breaks my heart and I am trying to come to terms with advice for them all.

They know I fight for them and that I see them as hurt children who need love and protection, but that is why I now send them to specialists to help them to learn to love and appreciate themselves. They need to become their own kind parent and leave the other neglectful or abusive parents and memories behind.

I find that EMDR (Eye Movement Desensitization and Reprocessing) Therapy helps many to erase the deep-rooted trauma of Post Traumatic Stress. There are many therapists who can help with this type of trauma, including such experts as Joe Dispenza, Franz Ruppert and many more who have written books or given talks on videos and TED talks to discuss these traumas. They can help people not only come to terms with these traumas, but to learn to let go of them.

It is not easy, I know, as it is not a matter of saying one forgives the perpetrator. This is often impossible and anyway, I do not know if that is even necessary. However, one must learn to let go of the pain, the grief.

It is so important to change the visualizations into ones of love and kindness. None of this is easy, but everyone deserves love and deserves to love themselves.

A neurologist who was doing this PTS therapy on patients told me they expected the trauma from soldiers to be at the cortex in the EEG recordings of the brain, since that is where acute traumas are located, but to their surprise, the traumas were deep within the brain stem and were awakened from the acute trauma.

I realized that the cancer diagnosis trauma itself often wakes up these post-traumatic stress traumas and works against the patient’s healing. It was quite an awakening. The nutrition, nutrient support, off-label drugs, exercise, meditation and more was excellent for most patients except those who have this stress of PTSS. They do not love themselves and therefore they do not fight for their lives to turn around the prognosis as if they wanted to die. These patients more than any need to let go of the past and the nightmares and learn how special they really are.

The mind and the heart must first be healed before the body can be healed. Learning to love oneself and letting go of past traumas is one of the most important healing therapies for saving lives and for helping patients have a future without cancer.

Paracelsus was correct and it bears repeating:

“The greatest medicine is” indeed “LOVE!”