The Importance of Off-Label Medications in Cancer Therapy 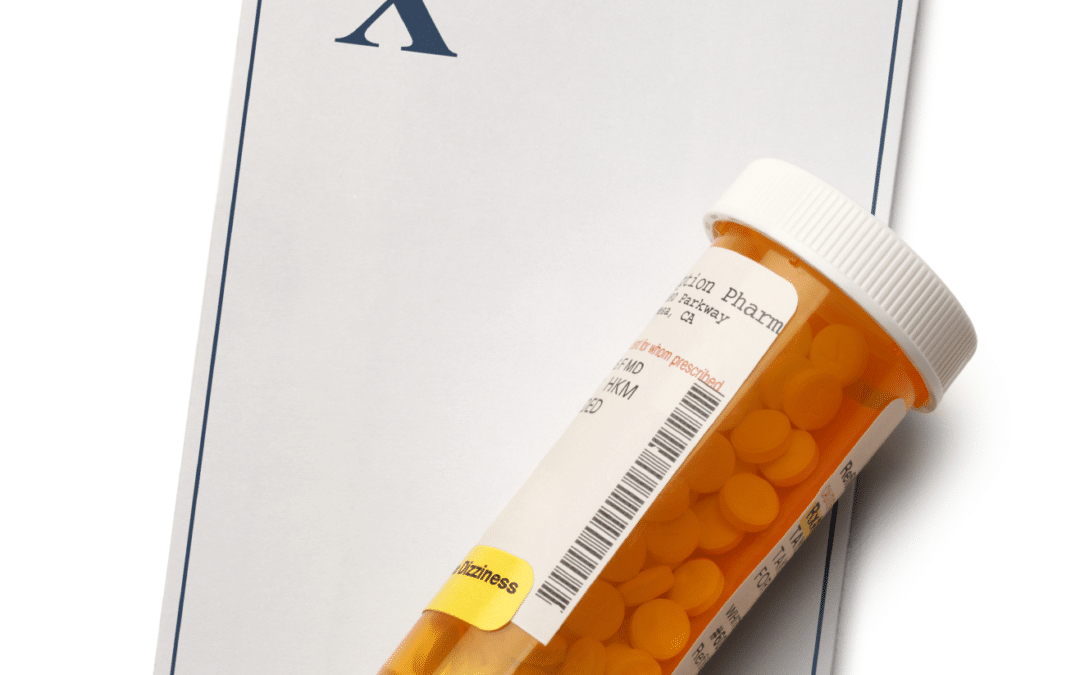 We are seeing a greater incidence of cancer in our populations, potentially a result of environmental contaminants including plastics, heavy metals, pesticides and weakened immune systems also from from wi-fi, stress and other factors.

Cancers, in general, are becoming more and more resistant to conventional and natural therapies in spite of the development of new drugs. For this reason, we have found we often need to include off-label drugs/medications.

Off-label drugs can enhance the efficacies of complementary or conventional medicine reducing the chances of tumor metastases, strengthening the immune system and helping in cancer reversals.

What are some of the most useful off-label drugs?

Statins. With cautious use, blocks specific pathways in some tumors such as lung. (Add CoQ10 for heart protection).

Mebendazole, Fenbendazole and antiparasitic drugs block other pathways in tumors.

Dipyrimidole. In the case of triple negative breast cancer, it blocks the adenosine inflammatory pathway in these tumors to slow down growth.

Zometa. A bisphosphonate that can lower tumor associated macrophages and decrease the immune suppressive PD1 receptor as well as prevent tumor growth stimulation from TAM’s.

Dichloracetate. A drug for children with congenital lactic acidosis, it down regulates the lactic acid in tumors and released from tumors to help the immune system to become more active.

Cyclophosphamide. Given at low doses once or twice a week (then with a pause for three weeks) can actually raise the immune system by down regulating the T-reg immunosuppressive cells. It no longer works as a chemo at low doses but rather as an immune stimulant.

Clodronate. A bisphosphonate that helps prevent and reverse bone metastases and organ metastases in breast cancer.

Itraconazole. Blocks Hexokinase II in the mitochondria of tumor cells and helps to lower the mitochondrial driven tumor growth. It also lowers testosterone in prostate cancer.

Metformin is a diabetic drug that has shown itself to be quite supportive in cancer therapies. It is shown that Metformin will actually decrease cancer stem cells. Additionally, it prevents the macrophage I (which is not a problem) into the Macrophage II (which actually helps tumors to grow).

There are a myriad of other factors that are being discovered when it comes to Metformin use, including a healthy improvement on the gastrointestinal bacteria which helps to support the immune system. mTOR which helps tumors to grow and survive is also inhibited by Metformin. Some clinics use a higher dosage, though we are seeing improvements with as little as 500 mg at the main meal. Usually starting at 250 mg to test the patient’s sensitivity.

Low dose Naltrexone (LDN): LDN was first tested by Dr. Zagon many years ago and later adopted by Dr. Bihari in New York. Many were skeptical on his claims of helping patients with cancer. There was not a mechanism that indicated its efficacy and not enough data for any studies to confirm it. As more and more patients internationally were put on 3mg – 4.5 mg daily of LDN, we began to see improvements in cancer patients life expectancy. The data finally proved it blocked an immune suppressive group of cells called FoxP3 suppressor cells. This helped raise the immune system and improved the patients outcome.

Additonally LDN was shown to improve other illnesses like Multiple Sclerosis, which may indicate a potential pathogen as the real cause of M.S. The fact that many pathogens are found in cancer patients, it is possible that the LDN is actually fighting some of these pathogens to decrease their influence on tumor growth and immune suppression.

Palmitoylethanolamide (PEA) is an anti-inflammatory, anti-pain natural compound that works at the membrane level to reduce inflammation. However, PEA has another mechanism in that it also reduces the mast cell growth factors in cancer patients. The newest data indicates mast cells change around tumors as do many other cells and help contribute to tumor growth. (Quercetin also helps to decrease the release of histamine from the mast cells and may be a very helpful adjuvant to preventing the tumor stimulation from mast cells.)

Mebendazole is a new discovery relatively speaking that works in cancer. Work by Dr. Sukhatme and others at Harvard indicate that it not only has an anti-parasitic activity, working against hidden parasites like amoeba and other parasites, commonly in GI tumors, but it also blocks the cell replication of tumor cells. Different clinics are using different dosages but we are rather conservative using 100 mg 1 – 2x per day to have a continuous killing of parasites while moderately helping to prevent cell division.

Dichloracatate (DCA) was originally tested by Dr. Stacpoole for congenital lactic acidosis in children. Years later, Dr. Michalakis in Canada decided since lactic acid was elevated in tumors that he would test it in glioblastoma. Indeed it worked, however in the brain it was not feasible to use as it increased the size of the tumor before it was broken down, however in other tumors where this is not a problem of space, it has often proven to be life-saving.

The average dosage of DCA we use is 10 mg/Kg daily, 6 days a week, combined with Vitamin B1 and alpha lipoic acid to decrease any nerve involvement of tingling and numbness. (This nerve toxicity is reversible.) The mechanism for the toxicity probably lies in the reduction of methylation of the Schwann cells sheath in the periphery, but that may actually be a positive effect in tumors using methylation to grow. Many lives have been saved with this adjuvant therapy.

Dipyrimadole is also new to cancer therapy. It appears to work in many cancer patients , including triple negative breast cancer, where more support is needed. The normal use for this prescription drug is for preventing strokes and thinning of the blood. The dosage is 25mg 3 x/day for this use but may be reduced to twice a day.

Dipyrimadole has the mechanism in cancer to down regulate the platelet derived growth factor which stimulates tumor cell growth. There are many growth factors around the tumor in the microenvironment and we are only now realizing how important they are. One such factor is the fibroblast growth factor which is dependent on the tyrosine kinase (TK) enzyme. The TK enzyme is inhibited by genestein, an isoflavone nutrient.

Cimetidine is an antihistamine that has a secondary role in cancer in that it down regulates via apoptosis, the myeloid derived suppressor cells. These cells play a major role in cancer growth by lowering the immune system The dosage is 400 – 200 mg 2 x/day depending on the patient and their condition. Since it also has an inhibitory action on histamine receptors, this is an added benefit since histamine also lowers the immune system and stimulates some cancer to grow.

Retinoic acid (either 13 cis or tans retinoic acid) are extremely helpful in most cancers. Its earlier use was for acne in teenagers but it was removed for that purpose. The mechanism is complicated in that it actually helps to destroy cancer stem cells. They are very similar to embryonic cells and these tumor stem cells play a role in the hedgehog pathway. This pathway helps tumors to survive and escape.

Retinoic acid is a teratogen just like the hedgehog inhibitors. Additionally, the retinoids stabilize the membrane of tumor cells decreasing the calcium influx. Calcium influx stimulates tumor replication. Retinoids are also inhibiting ornithine decarboxylase enzyme, which is elevated in tumor cells and its products, spermidine and spermine contribute to the shift in the cAMP to an increase in cGMP, via inhibiting cGMP phosphodiesterase. This tells cells to divide. Spermidine and spermine also stabilize the DNA points of transcription helping the DNA to transcribe and replicate.

Statins (Simvastatin) are used commonly for elevated cholesterol but their side effects of lowering CoQ10 in the heart make it somewhat risky if CoQ10 is not added at least twice a week. Nonetheless, in lung cancer, renal cancer and even breast cancer where certain pathways are elevated, it can be very helpsul as an adjuvant.

The mechanisms are complex, including down regulating the enzyme for cholesterol synthase. HMGCoA Reductase. Cholesterol from the HMG-CoA Reductase is responsible for the RAS gene that helps cancer cell to grow.

Additionally, Simvastatin has been shown to block several other pathways including lowering estrogen. Statins also can cause apoptosis by inhibition of the geranylgeranylation proteins, important for intracellular cell signally. Statins inhibit mTOR, JAK2/STAT3 pathway, mTOR, and ERK pathways cell replication and survival pathways.

Additionally, statins also increase the tumor cells to natural killer cell activity. The dosage is 40 mg/day but usually in advanced cases (and not over a longer period) of time, appears to be necessary. (Curcuma longa has a similar mechanisms against cancer cells and is a good support for patients with or without statins.)

There are many other adjuvant substances that help in the treatment of cancer including a low dose of cyclophosphamide that down regulates the T suppressor cells. Colleagues use 50 mg/week for this or a one-time dosage of 300 mg/quadratmeter for the patients one time before immunotherapy. (Work from Professor Ramansee in Tubingen University.) Remember: the GI bacteria must be bifidum before immunotherapy to allow the therapy to work.

Revlimid given before an immunotherapy can prevent the over production of IL2 which can be detrimental with immunotherapy such as BCG, if not considered in the protocol. High levels of IL2 can destroy the natural killer cells.

Certain chemotherapies at low dosages can sometimes be very helpful. It all depends on the dosage and the mechanism involved. Care must be taken when considering off-label drugs to insure the safety and efficacy of this advanced cancer support therapy.